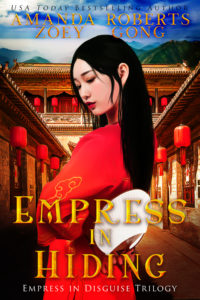 She thought that the favor of the emperor would keep her safe. She was wrong.

At the center of power and privilege, Daiyu is now in more danger than she ever imagined. No longer able to hide among the countless palace ladies, as empress, Daiyu cannot escape the jealousy and scheming of the other women who would do anything to take her place.

But that is not the only danger Daiyu faces.

Foreign enemies besiege Peking, sacking the city and forcing the imperial family to flee for their lives. War changes everything.

With enemies lurking in every corner, Daiyu, the girl from the streets, must step into a role she was never born to play.

All of China depends on it.